Cheyenne conquers his fear and learns about himself

Outside of school, Cheyenne and his sister Audriana spent a good majority of their time at home. Their closest friends were their cousins. Harlietta, raising two children as a single mother, wanted her teenage son Cheyenne to have a positive male influence in his life and wanted her shy daughter Audri to come out of her shell.

Harlietta worked closely with a Big Brothers Big Sisters match support specialist in hopes of finding the perfect matches for both of her children. “Exposing them to new people was one of my biggest motivators. I wanted them to see how people interact outside of the family,” Harlietta explains.

What she found was a Big Brother and a Big Sister who were going to teach her children that volunteering and hard work are the best course to self-worth and confidence.

Cheyenne and Audri are both musicians, playing cello and violin, respectively, in their school orchestra. Cheyenne plays basketball and is a martial artist approaching the blackbelt level. Twelve-year-old Audri is an artist whose passion is to draw and paint. They couldn’t be more different, but somehow they were in search of the same thing—someone that would be there for only them.

The mild-mannered 13 year old enjoys basketball, playing video games, reading Japanese comic books, watching Anime and listening to music. “I saw how much fun Audri and her Big Sister had every time they were together—I wanted that too,” Cheyenne remembers. “Once I was paired with Scott, I started to enjoy the same things.”

Cheyenne says he is getting better grades in school, and in general, getting out more. Scott has encouraged him to better himself at the cello, urging him to practice often, and the results are audible. Cheyenne will be taking his blackbelt test, and his Big Brother is motivating him stay focused. Scott also helps Cheyenne with his science homework, especially the problems that he doesn’t understand about the solar system. “Scott works at a solar plant, and we’re both really interested in technology and computers. He tells me everything that he knows.” Harlietta said that Scott also encourages her son to read more and suggests new books that they can read together and discuss.

Scott is a happy guy who likes to smile a lot, Cheyenne says. “He always says to get out and start the day off as a good one, not a bad one.” Together they play basketball and laser tag, visit the batting cages, and go to the movies. Perhaps their most memorable outing was an afternoon of rock climbing. “I was very nervous because I’m not good with heights,” Cheyenne explains. “Scott had done it before, so I wanted to try it out. Audri and I used to be indoors all the time, but now I’m getting outside, and I like that.”

Spending time with their Bigs has given both her children a sense of self-worth, Harlietta notices. “They see what their Big Brother and Big Sister do, and they want to emulate that, like doing well academically and volunteering to help others in their community.”

Harlietta is close contact with her Big Brothers Big Sister match support specialist. She notifies Harlietta of upcoming events and frequently checks in with her children to be sure their relationships are positive and healthy.
“Big Brothers Big Sisters is a special mentoring program that gives each child one-on-one attention,” says Harlietta. “They learn to build lifelong friendships to carry throughout their school years and beyond.”

Cheyenne had a message for other children who might be nervous to get a Big for the first time: “Having a Big Brother is fun, and it’s great to spend time with someone else rather than by yourself. Scott gives me one-on-one experiences instead of a whole bunch of people who don’t have time to get to know me. 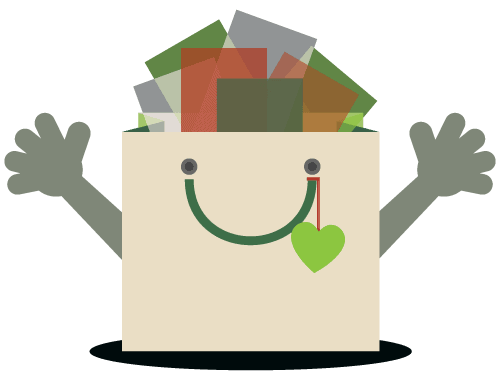